Yoyo is one of the main characters in Jet Set Radio Future. DJ Professor K describes him as "a guy who'll blow your mind with his silver tongue".

Yoyo is the first character playable character, and so the one used during the tutorial at the start of the game. Later on in the game, Yoyo is kidnapped by the Noise Tanks, and a robotic duplicate known as NT-3000 poses as him for some time while the real Yoyo is kept locked up in the Fortified Residential Zone. 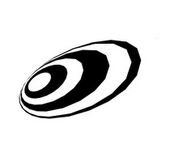 Yoyo in Jet Set Radio Future.
Add a photo to this gallery
Retrieved from "https://jetsetradio.fandom.com/wiki/Yoyo/JSRF?oldid=7428"
Community content is available under CC-BY-SA unless otherwise noted.