Start a Wiki
The Immortals are a rival gang in Jet Set Radio Future.

The Immortals appear as mummies, wrapped head to toe in bandages, with only the left eye visible. They wear sand coloured shorts with hieroglyphs all over them held up with gold coloured suspenders. They wear brown fedoras with a light brown hatband, gold ankhs on a chain around the neck, as well as thick gold bracelets around the wrist. Their skates are gold, and resemble Egyptian death masks.

After the player completes Chapter 3, DJ Professor K reports that Yoyo is kidnapped and that he believes that The Immortals are responsible for kidnapping him. He then tells that the only way to disturb them out of their sleep is to cover up all of their graffiti, which are all located in The Skyscraper District and Pharaoh Park, Kibogaoka Hill, and Hikage Street.

Once the player has covered up all of their graffiti in the three areas, they return to The Skyscraper District and Pharaoh Park to deal with The Immortals. A game of Tagger's Tag ensues and the player is victorious. Then, The Immortals flee to Highway Zero.

In Highway Zero, another game of Tagger's Tag ensues, and in a cutscene, a trapped Yoyo (NT-3000) cries for help inside a cage. The player defeats The Immortals, but when the player arrives at the foot of the cage, the cage drops on the player, and NT-3000 escapes.

In Chapter 5, the player faces The Immortals again in The Future Site Of Rokkaku Expo Stadium in a game of Ball Hog.

Beyond Chapter 5, the player faces yet another game of Tagger's Tag in 99th Street.

The Immortals can be unlocked as a playable character by earning a 'Jet' ranking on all of the Test Runs at The Skyscraper District and Pharoah Park. 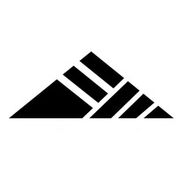 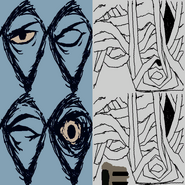 Textures used for the Immortals' heads. 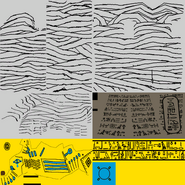 Textures used for the Immortals' clothing.
Add a photo to this gallery

Some of the Immortals' graffiti appears in the Jet Set Radio level in Sonic & Sega All-Stars Racing.

Retrieved from "https://jetsetradio.fandom.com/wiki/The_Immortals?oldid=7754"
Community content is available under CC-BY-SA unless otherwise noted.