In Jet Set Radio, the Noise Tanks are described as a Rudie gang of technophile otaku who are big on not only computers, but applied cybernetic augmentation, electrical engineering, cyberpunk aesthetic, and interest in transhumanism, aiming to one day become fused as man and machine. Within Tokyo-To, the Noise Tanks rule over the nighttime district Benten-Cho.

The Noise Tanks are said to work underground as black market backstreet software pirates to pay for their lifestyles, and subsist on a diet of "frankenstein foods", or manufactured foods and junk food to fit in with their gang themes. One hobby of theirs is to skate around and capture recordings of city life with their tape recorders. Outside of thrashing and spraying up the streets of Tokyo-To, the Noise Tanks are also petty tech crime misfits, being capable of controlling the electricity grid of the Benten-Cho district and being capable of utilizing self made electronics to make their travel easier. They also apparently carry smoke bombs (evidenced by the beginning of one of the stages). One of their biggest feats was causing last month's blackout in the city.

Professor K warns the player that if they aren't careful then "it's no cable for the kids". Also at one point, if the player completes a certain mission on the Poison Jam before Noise Tanks, Pots will be kidnapped by the Noise Tanks and given a computer implant which makes him move robotically and moo, as if Pots were a cow. If the player completes certain missions in a certain order, this implant will make Pots a playable character. Successfully complete all Benten-cho levels with a "Jet" rank to unlock the Noise Tank gang.

In Jet Set Radio Future, The Noise Tanks capture the player and another skater in Chapter 5, and they are forced to play Death Ball in order to escape from them.

The Doom Riders are the first rival gang faced in Death Ball, and upon their defeat, have helmets placed on them to make them do the Noise Tanks' bidding. However this never comes to much as the Doom Riders are encountered only one more time in the game, in a race around Dogenzaka Hill.

Afterwards, hundreds of Noise Tanks invade Tokyo-to and must be destroyed to clear the chapter.

The Noise Tanks can be unlocked by getting a Jet ranking in all of the Test Runs in Highway Zero. 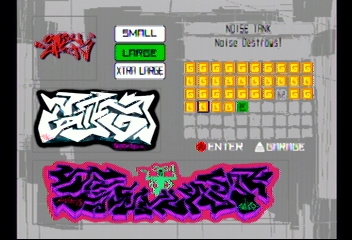 Urban Graffiti in red and in Hiragana.

Popped out 3D Japanese amongst a black backdrop, akin to TV Snow.

Black Japanese with purple shading atop a trippy fushisa backdrop, with an alien woman dancing atop. 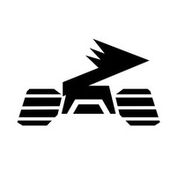 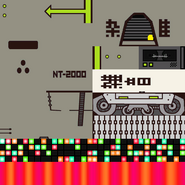 Textures used for the Noise Tanks in Future.
Add a photo to this gallery

Retrieved from "https://jetsetradio.fandom.com/wiki/Noise_Tanks?oldid=7815"
Community content is available under CC-BY-SA unless otherwise noted.