When the Golden Rhinos kidnapped YoYo, NT-3000 posed as him to destroy the GG's. The robot managed to fool the GG's for quite a while, until a showdown in Sky-Dinosaurian Square where Cube outed him as a fake.

NT-3000 looks exactly like YoYo, with an altered color scheme: he wears a dark green hoodie with the hood and collar pulled up and a red belt. Interestingly, YoYo's color scheme changes into NT-3000's when entering a dark area like the Skyscraper District and Sky-Dinosaurian Square.

Talk to Roboy after completing the game and getting all Graffiti Souls, then earn a 'Jet' ranking in all of the Test Runs for Sky-Dinosaurian Square to unlock NT-3000. 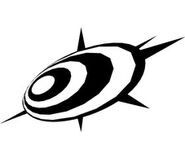 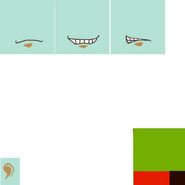 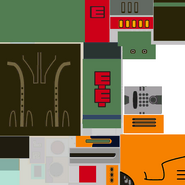 Textures used for NT-3000's clothing.
Add a photo to this gallery
Retrieved from "https://jetsetradio.fandom.com/wiki/NT-3000?oldid=7739"
Community content is available under CC-BY-SA unless otherwise noted.