Start a Wiki
Jazz is a playable character and member of the GG's in Jet Set Radio Future.

She is one of the few characters in the game without a counterpart in Jet Set Radio.

Jazz's first appearance in the game is at the Future Site of the Rokkaku Expo Stadium. During the GG's search for YoYo, the player character was led to Highway Zero and defeated The Immortals in Tagger's Tag. However, they are tricked into ending up in a cage, and are forced by the Noise Tanks to play Death Ball with Jazz (who the Noise Tanks mistakenly believe is one of the GG's), against several other gangs. After the GG's defeat the Doom Riders, the Immortals, and almost the Love Shockers, Captain Hayashi interferes in the competition with an upgraded Terror Drone. Jazz and the player go their seperate ways, and the player defeats Hayashi alone. Jazz can later be found again in this same place, and will join the GG's after the player defeats her in a race, after which she becomes a playable character.

Jazz is a fairly tall character with dark skin and short, white hair. She can easily be recognized by her unique style: from her checkered yellow and green scarf to her black, cutoff sweater-shirt and black fingerless gloves. She wears off-white pants with some green designs, and black blades with barely visible neon blue wheels. Also of note is Jazz appears to wear teal lipstick and nail polish. 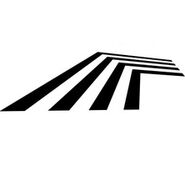 Jazz's appearance on the Jet Set Radio future soundtrack
Add a photo to this gallery
Retrieved from "https://jetsetradio.fandom.com/wiki/Jazz?oldid=7452"
Community content is available under CC-BY-SA unless otherwise noted.