Goji Rokkaku (六角ゴウジ Rokkaku Gouji) is the main villain in the Jet Set Radio series and chairman of the Rokkaku Group. He appears to be a middle-aged, bald man, and wears a black suit and sunglasses with a white scarf.

Years prior to Jet Set Radio, The Rokkaku Group led by Goji collaborated with the Metropolitan Government to co-found the "21st Century Project" as the future of Tokyo-to causing rudies to be arrested.

As told in Chapter 2, he kidnapped Cube and Combo's friend and former fellow gang member Coin; however, they never see him again and the epilogue indicates that Goji may have killed him.

Gouji's behavior and assassins (whom are all usually madmen) indicate that Gouji is a very dangerous individual who is willing to do anything to get what he wants. In the end of the first game, Gouji does indeed collect all three pieces of the record and tries to summon a demon.  However, the GG's defeat him and destroy his operation.

It is suggested that Gouji may have been killed or mortally wounded after the Rokkaku building exploded from the battle. Combo goes on to state that the Devil's Contract never had any powers, and that Gouji was just trying to satisfy "the demons of his own heart". 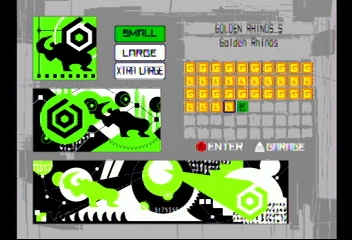 Goji is unlocked as a playable character by getting Jet ranks on all levels set in Grind City. 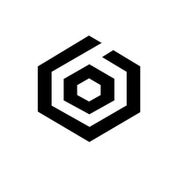 Goji and the Rokkaku Group's logo
Add a photo to this gallery
Retrieved from "https://jetsetradio.fandom.com/wiki/Goji_Rokkaku?oldid=7517"
Community content is available under CC-BY-SA unless otherwise noted.