The Doom Riders are a rival gang from Jet Set Radio Future.

In Jet Set Radio Future, they are a gang of bikers that originate in Dogenzaka Hill, rumored to have had their skulls replaced by helmets after a rather nasty run-in with the Rokkaku Police. The Doom Riders are forced by the Noise Tanks to play their game of Ball Hog. They end up losing and getting taken over by the Noise Tanks, eventually leading to the Noise Tanks taking over their minds by replacing their helmets with mind control devices. They also appear in Chapter 7, challenging players to a race in Dogenzaka Hill.

The Doom Riders can be unlocked as playable characters by getting a 'Jet' ranking on every Test Run in Dogenzaka Hill. 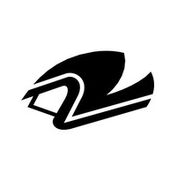 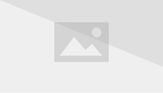 Add a photo to this gallery
Retrieved from "https://jetsetradio.fandom.com/wiki/Doom_Riders?oldid=7055"
Community content is available under CC-BY-SA unless otherwise noted.