Clutch is a character in Jet Set Radio Future. He makes his entry into the game while the GG's are looking for YoYo. Clutch comes to the garage and promises that he will give the GG's YoYo's location after they give him a number of graffiti souls. He then asks to have a look at the graffiti souls (once at least 40 souls have been collected). Unfortunately, Clutch runs off after taking the graffiti souls, and the player is forced to chase him. DJ Professor K will then tell the player where he is. Depending on how long the player takes, he will keep moving to one of three areas; Kibogaoka Hill, The Skyscraper District and Pharaoh Park, and then Chuo Street. After the player catches him, he says that YoYo is being held in the Fortified Residential Zone, and afterwards, joins the GG's.

After the player has obtained at least 40 Graffiti Souls, Clutch will appear in the Garage, saying he knows where Yoyo is being kept. He asks for a look at the Graffiti Souls and proceeds to take off with them. The player will then have no choice but to track him down in order to recover the stolen Graffiti Souls, have Clutch join the GG's, and have him provide information on Yoyo's whereabouts. The places Clutch rotates between are:

Note: Clutch rotates between these three areas in the order listed above. If the player is waiting for Clutch to show up in an area, he does not skate into where he is to be found. Rather, he pops in to speak to, and humourously will still say you 'caught' him.

If you are inactive from finding and following Clutch from location to location, this glitch might appear. A while after Clutch takes away your Graffiti Souls; DJ Professor K will stop telling you where Clutch is headed. Clutch then disappears from the game and you need to start over. To stop this from happening, save your game right after Clutch takes away your Graffiti Souls. Clutch does not have to skate from location to location through the map; he just appears, so when you are following him you must be fast. He stays in different places for different time intervals which are listed above so his appearance is perfectly predictable. Ignoring what DJ Professor K says won't help despite what people say. The DJ tells you every time Clutch enters an area, so he is somewhat helpful. Here's the catch; if you go to the area that the DJ tells you that Clutch is in, by the time you get there Clutch will be gone. The area DJ Professor K tells you, you must go to the area that Clutch is going to next in the pattern: Kibogaoka Hill, The Skyscraper District and Pharaoh Park, and then Chuo Street. If you are in any of these places, wait until he appear in the exact places in the areas mentioned in "Acquiring Clutch". 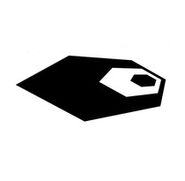 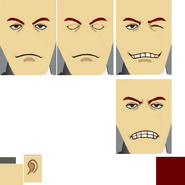 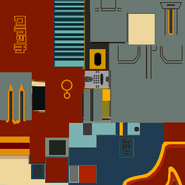 Textures used for Clutch's clothing.
Add a photo to this gallery
Retrieved from "https://jetsetradio.fandom.com/wiki/Clutch?oldid=7733"
Community content is available under CC-BY-SA unless otherwise noted.