Beat (ビート, Biito) is a playable character and overall protagonist in the Jet Set Radio series, as well as the games mascot. He is a 17-year-old, laid back, and level headed "Rudie" who ran away from home and helped found the GG’s. Beat loves to skate and is okay with breaking the law and is originally from the town of Fukuoka. Beat spends his time skating around fighting for turf with the rival gangs of Tokyo-to, marking his territory with graffiti and annihilating others' tags. As graffiti is an act of vandalism and is punishable by law, this attracts the attention of Police Captain Onishima, Hayashi, and the S.W.A.T. team, who relentlessly pursue Beat and his friends.

Beat wears an orange shirt bearing the katakana of his name, black/blue long pants, sunglasses(or goggles) with green lenses that appear to have sound waves going through them, and large headphones. His hair is burgundy brown and very short, and his skates are mainly yellow and orange with green wheels.

Beat's Small Graffiti. It features his stylized silhouette standing in a yellow glow, with a spray can at the ready.

Beat's Large Graffiti. Kanji and Hiragana in a slate blue, popped out with shading and texture and piled atop another.

Beat's Extra-Large Graffiti. An Ukiyo-e inspired graffiti, with a stylish Kabuki spraying down neon green hiragana about a blue mist.

Beat is a playable character in this Sega tennis game. His design is taken from the original Jet Set Radio. Beat's Superstar move has Combo grind on the net of the tennis court while spray painting on the opponent's side. The paint trips up Beat's opponent, and distracts them from the game.

Beat is playable in the sequel to Sonic & SEGA All-Stars Racing.This time, rather than his car from the last game, he rides a quadbike. He also appears as two unlockable stickers, obtained for getting a podium finish in every Grand Prix tournament on Expert difficulty or winning an event on Graffiti City while playing as him. His All-Star item, when activated, creates an aura from speakers that slow down the opponents nearby. His All-Star theme is a remix of Grace and Glory.

In issue 45 of Sonic Universe, Beat also appears in a comic based on this game alongside other iconic SEGA characters.

Beat is one of the many Sega characters to make a small cameo appearance as a card.

There is an unlockable Beat costume for the Avatar character which can also be downloaded for free.

Beat was added to the game on October 15th, 2018. To unlock him, the player would need to achieve 25 Beat shards. Beat was classified as a Rare Support Hero. 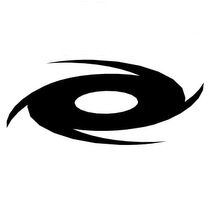 Beat dancing in the Garage in Jet Set Radio HD.

Artwork of what Beat might have looked like in Jet Set Radio Wii, which was never released. 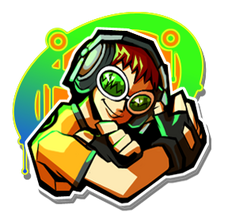 Beat on a sticker in Sonic and Sega All-Stars Racing Transformed. 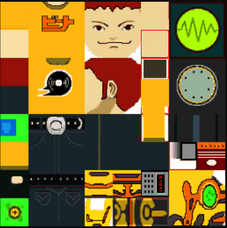 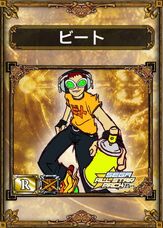 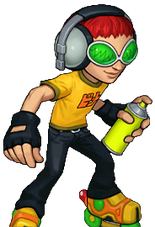 Beat as he appeared in SEGA Heroes.

Community content is available under CC-BY-SA unless otherwise noted.